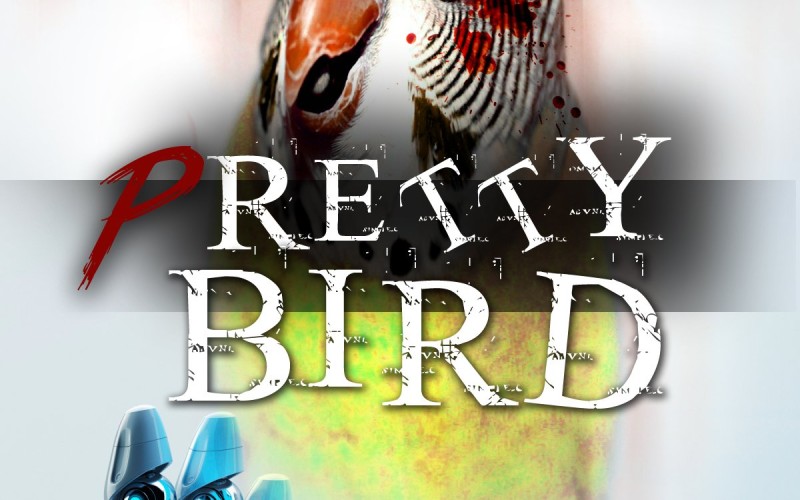 Eli Nixon paints a picture of a world not too different from our own in his dystopian sci-fi novella “Pretty Bird”. It is a world where people live their lives, professional and personal, through a virtual user space. It is a world where the anonymity of the online user is the most important thing there is, where murders are protected from police action using sophisticated algorithms and identity masking technology. Nixon’s setting comes across as a well-developed world with its own peculiarities and rules even though he is sparse on the details. Every little piece of information helps fill in the backdrop on which the story plays out.

Anonymity was well respected these days, and even though you always knew that the person talking to you wasn’t actually that person, it didn’t matter. Nobody was who they were anymore.

The main character, who’s name is never mentioned, goes by the alias “Ray Wilson” and is about as unreliable of a narrator as you can get. The story is fueled by what may or may not be drug-induced hallucinations. It all starts with a birdcage being left on the stoner’s door step. What follows is a sort of detective story with “Ray” trying to find out where the bird came from, because all animals had died out years ago, and why it keeps squawking “Nice day to die”.

Our protagonist has a problem with substance abuse and it works really well for the structure of the narrative. Gaps in the story start out as unexplained, only to be filled in later with foggy memories that come back after he comes down off the stuff. It is a really clever way that Nixon has come up with to have a story told in a non-linear way but still be cohesive. I will admit though, that the first time there was a major jump it did throw me off and I thought that I had skipped a chapter.

The complaint that I really had was the ending. Not so much that it didn’t make sense, it did fit in with the story even if it did come a bit out of left field, but that it was over too soon. It was over before it really even started and I needed more.

Hear more of what we thought on the B-Movies and E-Books Podcast – Episode 24.