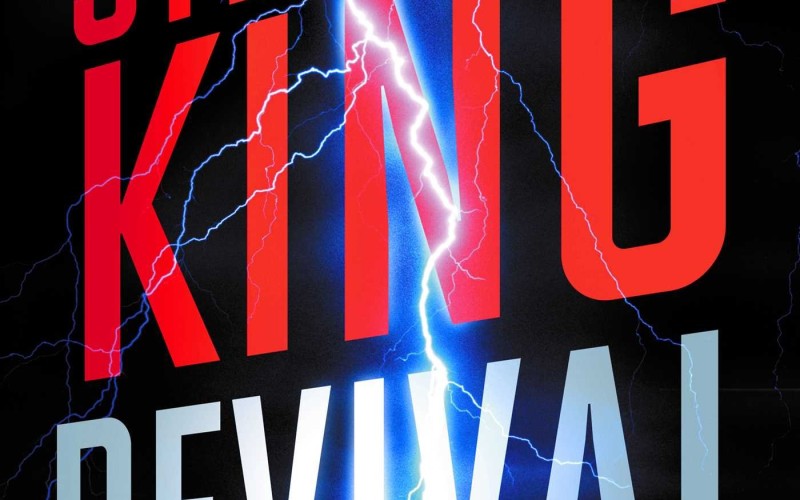 At this point, Stephen King is a national treasure, even for those who choose not to read his material. His twisted, dark, and sometimes beautiful visions have given birth to so many relevant moments in pop culture that he will, no doubt, be remembered as one of the most influential American writers of all-time.

I know that it is probably not the most popular opinion, but I find the length of many of King’s novels to be off-putting and often, I opt to read his short story collections instead. I realize that he is just trying to give the readers a bargain by creating detailed worlds instead of just telling stories, but I find myself wondering if the novels would have made a stronger impact if he had omitted a large portion of the superfluous content. It is as if his editor is too afraid to tell him to trim the fat.  After all, who the hell wants to go toe-to-toe with one of the most successful authors of all time?

I am already salivating at the thought of obtaining his upcoming audiobook, Drunken Fireworks, and the upcoming short story collection, Bazaar of Bad Dreams, but in the meantime, I decided to read Revival to tide me over. Now, I know that you are thinking that a review of Finders Keepers would be more timely and I can’t argue with that, but I have not yet read Mr. Mercedes and it just seemed wrong to read their shared-world in the incorrect order.

Anyway, on the heels of its paperback-release, I present you, Constant Reader, with my review of Revival.

This novel follows Jamie Morton from childhood into old age and chronicles the recurring prominence of his longtime friend and eventual nemesis, Reverend Charles Jacobs. During Jamie’s childhood, Reverend Jacobs makes quite an impact when he gives “the terrible sermon” to the small town of Harlow, Maine, shortly after he suffers the loss of his wife and child. Though Jacobs leaves an undertow of heartbreak and doubt in his wake, young Jamie’s faith is permanently destroyed.

Jacobs turns to unlikely dark sources in hopes of using a “secret electricity” to perform acts of healing, culminating in an master experiment that could lead to the destruction of life as we know it. This is all seen through the eyes of the narrator, Jaime Morton, who again crosses paths with the Jacobs in middle age and as an old man.  To give anything more away would be just plain wrong to the reader, but to discount it as a waste of time would be equally wrong.

King has a lot to say about faith and religion in this sometimes-bloated book, though it was hard for me to try to separate his view from the narrator’s. At its best, it almost seems as if this is King’s thesis on theology, the impact of fundamentalism, and the dangers of playing god. Much of the strength of this book is due to the Jamie Morton, who is a great, well-rounded character. Additionally, the world that King creates in this book is in full bloom and the rich, detailed account of Jamie’s life is a fantastic read at times.

And now for the bad.

Overall, I feel that the biggest problem with this story was Reverend Jacobs. He is portrayed as a sad, pitiful, and insane excuse for a human being. I find the best horror stories to be those where a protagonist has to face the embodiment of pure evil instead of wrestling with a misguided person who is clearly broken due to his circumstances.

Though I don’t think this is one of King’s better stories, the first third of this book showcases the author at his strongest. Yet despite the effective beginning, this book eventually delves into a mad-scientist tale that has a few slightly creepy parts, but very little payoff.

All in all, Stephen King’s attempt at paying homage to Lovecraft, sadly, devolves into a silly mess of a monster.