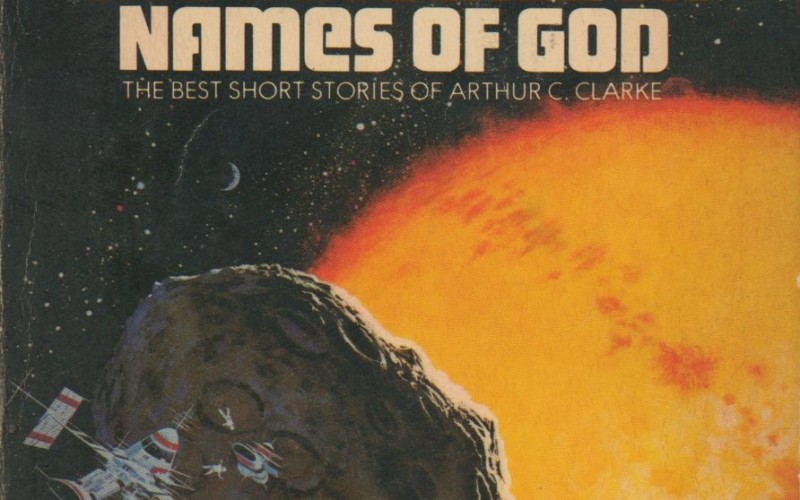 It is a simple premise really, a group of monks have been toiling away for centuries working on a list. When completed, this list which is written in a special alphabet of their of device, will list all nine or so billion names of god. The monks are a little disappointed in their progress and seek the help of a group of scientists and their computer equipment to speed things along. The scientist are more than happy to oblige the monks on their holy quest until, nearing the end the list, the men of science are worried about what the monks will do when nothing happens when the list is done. To make things worse, the leader of the monastery divulges the real reason they are clamoring to finish the religious register–when complete, god will come down and end the world. As the scientists flee after ensuring the computer will be finished after they leave; the story ends with, in my opinion, one the most chilling final lines:

Overhead, without any fuss, the stars were going out.

Although religious themes abound in Clarke’s works, he was an atheist. One of his most cited quotations is “One of the great tragedies of mankind is that morality has been hijacked by religion.” At first glance The Nine Billion Names of God seems to contradict those thoughts. Here Clarke is basically stating that some strange sect in the mountains was right, not only is there a god but, in fact, all gods.

All the many names of the Supreme Being–God, Jehovah, Allah, and so on–they are only man-made labels

This certainly seems to fall in line with Clarke’s earlier belief of pantheism, but I think it calls to light his later feelings that that religion is something almost to be feared, responsible for atrocities and unable to prevent them. The stars dying out ahead herald not some loving god of peace but a malevolent force of destruction uncaring about the fates of the insignificant specs below him.