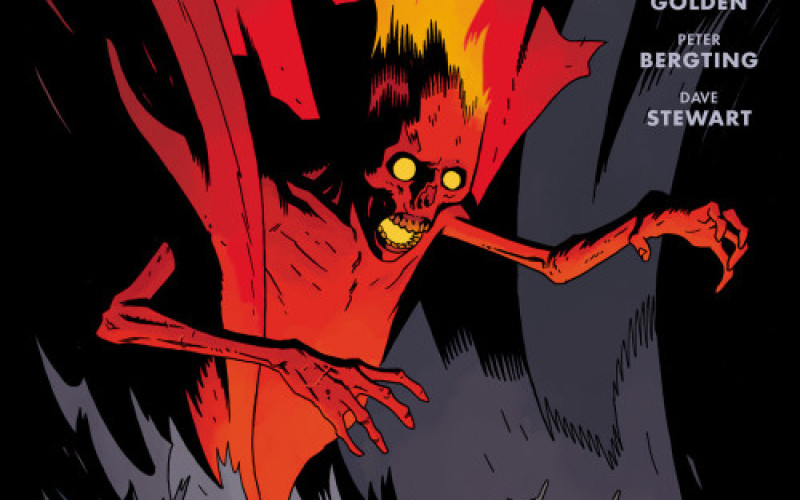 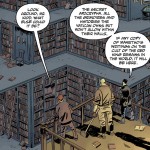 The story opens in 1920s Rome, with a group of men looking for a church in the slums of the city. Upon reaching the dilapidated building they realize it is not in the place it originally stood. Armed with a sledgehammer they proceed to barge in on the neighbor’s and open up a hole in the wall to a secret library, filled to the brim with arcane knowledge. What they are looking for is information about the Cult of the Red King.

I have read a bit of Hellboy and I am familiar with the works of Mike Mignola in general, and that was what I was expecting when I sat down to read this comic. I must admit though I am not overly familiar with the exploits of Lord Baltimore and his crew, but this issue does a good job recapping who he is and why he is on his mission. After the initial scene the story shifts to Lord Baltimore and his crew upon the Baltic sea on their way to St. Petersburg. What follows is pages of exposition. Now for me the ten pages of backstory was actually welcome, I knew nothing of these characters and it gave me a feel (albeit a small one because there where so many) of who they were and some motivations. 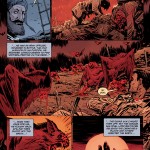 We learn a bit about what makes the man, and why he is on his quest to rid the Earth of evil, and how he possibly sees it as his fault. Aside from the background, there is little to the story, there are details and bits of intrigue along the way, such as a possible one panel voodoo ritual, flying jellyfish and a mysterious dead city so I am sticking around at least for the next issue.

The art was interesting, Peter Bergting managed to capture the feel of uneasiness (with an assist from the colors by Dave Stewart) no doubt honed by his work on other similar projects including other Baltimore comics and adaptations of H. P. Lovecraft.

Overall I am anxious to at least see where it is going.