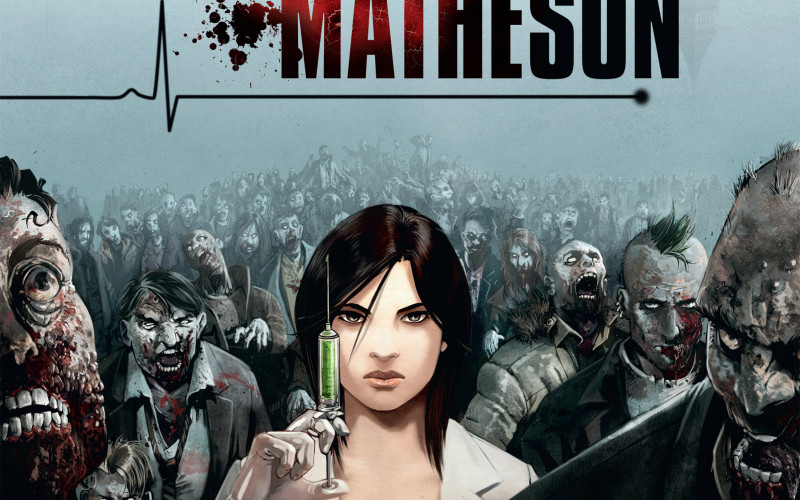 From Delcourt – Soleil publications in English – comes a story about the early days of a zombie outbreak centered on a young woman named Alice Matheson, who spends her days as a practicing nurse at St. Mary’s Hospital in London, but her nights as an angel of mercy, taking it upon herself to end the suffering of those she deems in need.

The issue opens with Alice performing her nocturnal duties on a patient suffering from aggressive cancer. After administering the drug, Susann, the patient, proceeds to sit back up and attack her. At first Alice is under the impression that she is being attacked for trying to end Susann’s life. It turns out Alice is picking and choosing those who need her help without their approval. Our main protagonist is a jerk. The rest of the issue deals with a hospital trying to come to grips with an outbreak of a virus that they have no idea how to handle.

of the plague, however what really catches my attention is the main character. So often the main “heroes” of the story are, deep down, good people. Rick from the Walking Dead is a prime example, everything he does, no matter what line it crosses, is to keep his family and those around him safe. What Jean-Luc Istin has done so far with Alice feels different. Although she feels as though she is doing good and helping people with ridding their pain, in reality she is a bit of a sociopath. Her inner monologue is conceded and self aggrandizing so it will be interesting to see how she progresses. 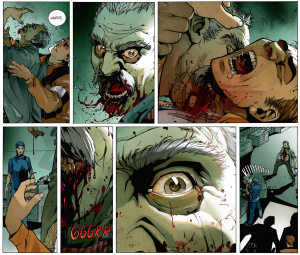 The art from Philippe Vandaële is fantastic. It has a very polished and modern look, but still retains dynamics. It is clean but still very detailed in the backgrounds, almost reminiscent of manga.

If I had to nitpick, I would have to say that towards the end it comes off as a bit wordy, and for some reason uses way too many exclamation marks.

I am pleasantly surprised with the issue and I am looking forward to seeing where it goes in issue two.