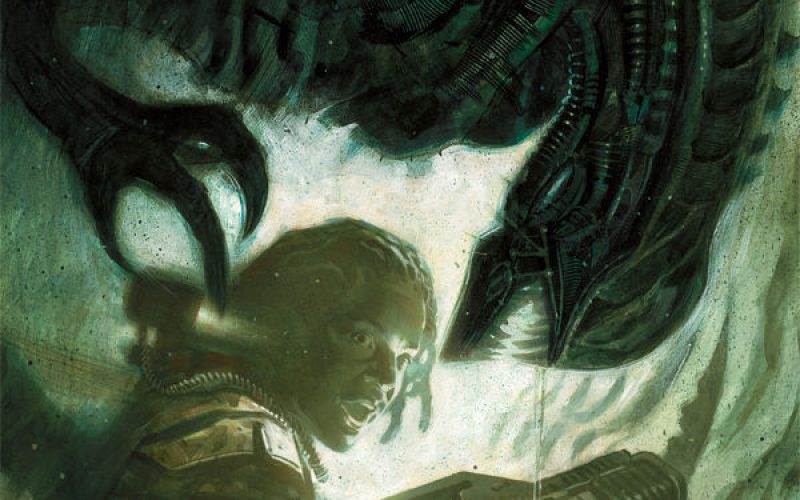 Let me be upfront: I’m fairly new to comics. I mean, when I was in middle school I collected Marvel cards, but never read the comics. I do, though, recall all my friends whipping out their “The Death of Superman” in the black plastic cover during lunch one day in middle school. Fast forward 20 years later and I found myself forming an idea for a superhero-based musical (more on that later, maybe). I decided I probably needed to familiarize myself with superheroes and comic books, so I stopped down at a local comic book store and told the owner what I was doing – that I needed an introduction to comics. Wouldn’t you know it, he handed me “The Death of Superman.” I also tapped into my co-host, Kevin, who is the biggest comic fan I know. He hooked me up with The Watchmen, Fantastic Four, The Avengers, Thor, Captain America, and Spawn. Thus began my journey into comics.

On “New Comic Book Day” this month I really wanted to pick something up from issue #1, with the caveat that it needed to be something right up my alley. I mean, I am a “horror guy.” So when I saw that a new “Aliens” series was starting, I jumped.

Written by Brian Wood, with art by Tristan Jones, and coloring by Dan Jackson Aliens: Defiance kicks off this series was just enough backstory to keep you wondering who exactly Zula Hendricks is and what exactly happened to her. I imagine that was established in a previous series or we’ll find out more as each issue is released. The story centers around Zula and a battalion of drones (automatons) as they try and piece together what happened to the crew of the Europa. Upon boarding they’re met by a hoard of Xenomorphs. Battle ensues, blood is spilled, spines are ripped out, and an escape is made. Come to find out, the government wants to capture the aliens and use them somehow. For good? For evil? We don’t know. But we can sure guess.

The best thing about this whole storyline is that it will be following a woman – keeping true to the Alien franchise. I am as pro-woman as it gets. The world needs to see more strong, badass women in lead roles. Movies, books, TV, music, etc. So to see that we’ll be following this hugely kick-ass woman – African American woman, no less – is awesome.

With that aside (or upfront), the art is killer, and the coloring phenomenal. It’s dark. It’s green. It’s what Aliens should be. And I’m not gonna lie: I literally got goosebumps when the mighty Xenomorph made its first appearance. I am terrified of space. It’s never-ending, yet claustrophobic at the same time. Add to that giant, killer aliens and I’d just as soon shoot myself in the head than have to experience that. Put all this together and you have yourself a scary and great story.

B-Movies and E-Books – Episode 137: Cerberus and The Platform

B-Movies and E-Books – Episode 135: In The Mouth of Magpies