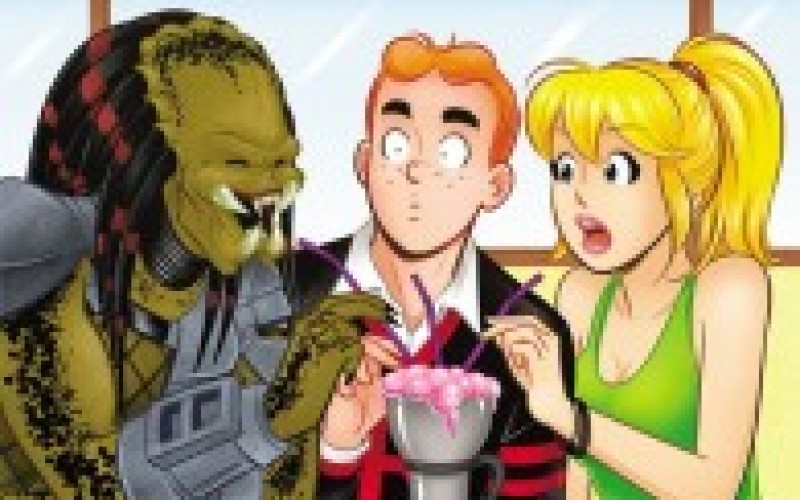 This issue opens with Riverdale in ruins after the Predator has decimated the population and torn the town to shreds. The usual gang is now down to a few key players, most notably Archie, Betty, Veronica, Dilton, and everyone’s favorite junk food addict: Jughead. Now, I don’t want to spoil it, but let’s just say that by the end of this issue, two of these key characters have been decapitated and one has been ripped to shreds and is basically useless.

Again, the gore that was so prevalent in issue #2 is presented here in glorious color and even though the violence is a bit intense, the comedic art style really downplays what could potentially be a very heavy-handed story line. As the body count rises, it is now starting to feel like the Predator might get the best of everyone’s favorite red-headed teenager!

I will say that even though this issue was jam-packed with suspense, it still seemed like somewhat of a letdown. Maybe it was the fact that it had the misfortune of following issue #2, which was on par with some of the best comics that I have ever read. Or maybe it is the fact that for the majority of the story, the Predator is hiding out in the school while the pacing of the story slowed to a grinding halt. Or maybe it was that one my very favorite characters, one that has already bitten the dust in Afterlife with Archie, dies in such an unremarkable way that it almost seems senseless. 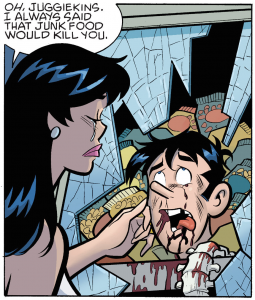 In any event, I still really liked issue #3, but I am already waiting for this story to reach the end of its four-issue run. It is a great idea that is well-executed, but it is going to take a very special final issue to truly make it a title worth remembering.