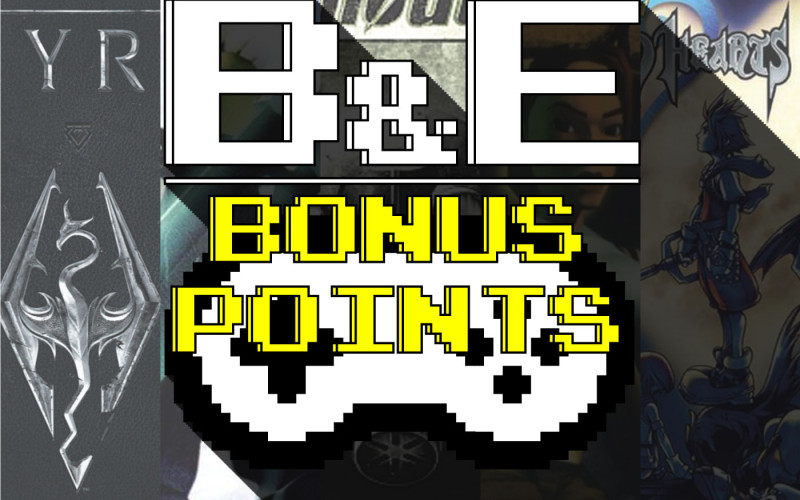 This week in Bonus Points, we discuss a few easily recognizable iconic items in gaming. Weapons and armor, promoted heavily on the box art and common choices for cos-players, that ended up being…less than useful when it comes right down to it. 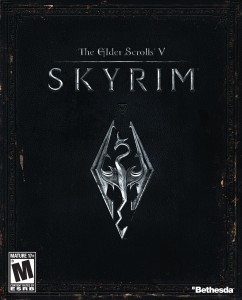 This is the first piece of armor most players find in Skyrim and, I do admit, it looks badass. I imagine the creator of the first Iron Helm killed a ram in battle and decided to make a chilling trophy to strike fear into his enemies.  Unfortunately, almost everyone found a better helm before even seeing a dragon for the first time…in a game about fighting dragons. This helm is beyond useless and despite “iron” being right there in the name, Skyrim’s Iron Helm may as well be made out of hopes and dreams for all the protection it gives you. 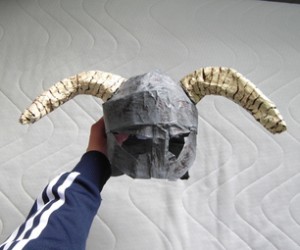 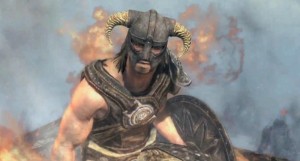 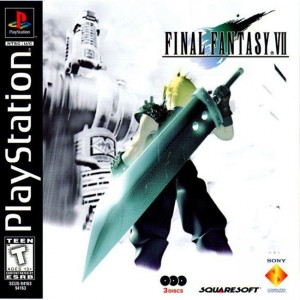 The Buster Sword is arguably the most iconic weapon in the FF universe, with the gun blade from VIII being a close second. In Final Fantasy, the main character Cloud Strife wields the Buster Sword for the 6+ hours it takes the player to get through the tutorial. Seriously, 6 hours to get out of the first level. In the cinematics that make up  FF7’s story, Cloud is a perfect soldier and makes short work of baddies with the Buster Sword. And yet, in game this weapon turns out to be about as dangerous as a pool noodle, even though it looks like it weighs more than the spiky haired guy wielding it.

“Look at those forearms. He must work out.”

This item has the opposite problem as some of the others on this list. The experimental MIRV fires 8 mini-nukes at a time, and is the most powerful weapon in the game. The MIRV is unlocked only after finding 5 tapes hidden out in the wasteland and then exploring the National Guard armory. Why the National Guard would need something that flings mini nuclear weapons, your guess is as good as mine. The future is pretty hardcore. Ammo for the MIRV is rare in the wasteland, but on the off chance you are able to find 8 of the mini-nukes to fully load the MIRV, you should be careful where you point it. 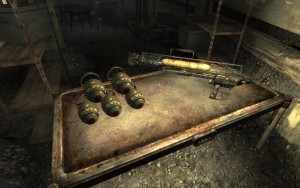 Not Picture:Hundreds of my dead bodies. 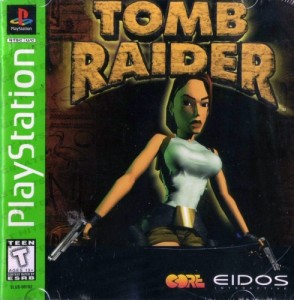 I know what you are thinking. “Breasts are not an item you misogynistic man whore! Breasts are a natural part of a woman’s body!” I totally agree. Except that nothing about these pixelated monstrosities are natural. Many young boys became men while exploring tombs with Ms. Laura Croft. Created when a developer decided that if he was going to look at the digital ass of the game’s hero all day long, it might make the day pass faster if that ass belonged to a woman. This shows you where the developer’s minds were when they got to playing with the “Boobie Size” lever. I personally was never attracted to her though. I like women of a higher resolution. 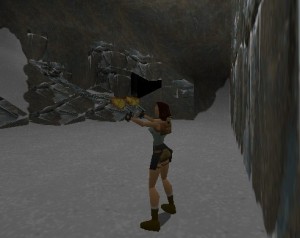 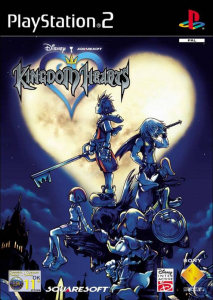 I’m not sure what part of the Key Blade is an actual blade. I’d bet that it would be hard as hell to even cut yourself on any part of it, even those groovy teeth. The Key Blade seems like the perfect weapon for a locksmith, not the one you’d choose to defeat an army of Heartless. The Kingdom Hearts series is great if you like your Final Fantasy with a bit of a furry vibe. 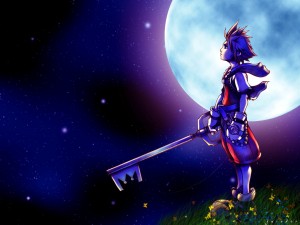 Oh! I get it. Key Blade is a euphemism for penis! GG Disney. GG.

There you have it folks. The top useless “iconic” gaming items. If you have a suggestions for another article or just want to say hi, e-mail me at Rodney@bmoviesandebooks.com. Check back every week at BmoviesandEbooks.com for more!