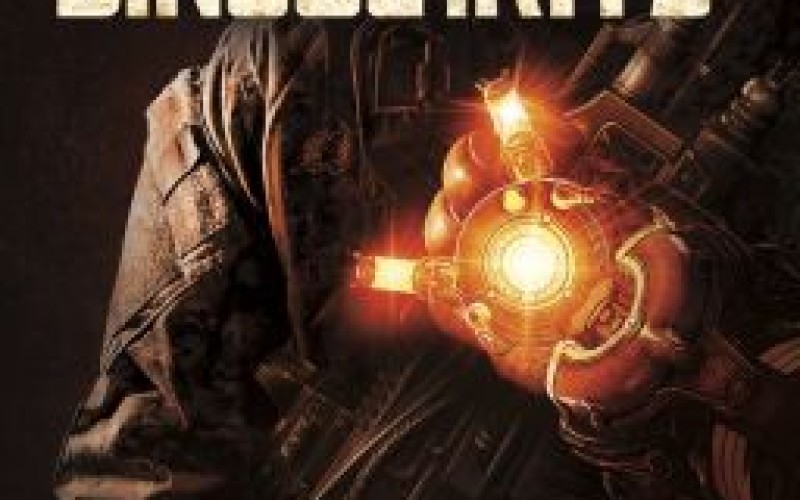 When I was first tasked with writing reviews for B and E, I thought long and hard out what game I would first sink my teeth into. Never in my twenty plus years of gaming have there been such variety in choice. It seems like a multimillion dollar AAA title is being thrown to the masses almost weekly. Nevertheless, I had to make a decision.

Singularity. Activision’s 2010 sleeper hit, Singularity received an across the boards “Eh.” from critics and consumers alike. Like many 2010 gamers, Singularity wowed me with their very first trailer. Time travel? Check. Explosions? Check. Big guns? Check. Watching people you’ve hit with your time manipulation device crumble into dust as they age hundreds of years in three seconds? Double check. Also like many 2010 gamers when Singularity was released, I stayed home.

Opening up with the now cliche bad-guys-have-won-but-one-man-can-fix-it-by-going-back-in-time story, you very quickly find yourself on the island of Katorga-12, knee deep in the consequences of 1950’s Soviet experimentation with a rare element called E-99. Finding a luckily placed time manipulation device powered by E-99 allows you to cleverly solve puzzles by manipulating the age of your surroundings. As you time travel back and forth from 1955 Katorga-12 and the wrecked labs of the present day, you use the time manipulation device to restore rusted broken stairs to their pre-ruinous state, age barrels and boxes in your path to dust, and generally wreak havoc. Singularity’s time manipulation device (TMD) is both the games greatest triumph and most vulnerable weakness, like a large breasted woman in a windstorm.

While it never stops being fun fighting off the mutants that live on the island, or killing hundreds of Russian soldiers (2nd favorite enemy type to murdify behind WWII Nazis), the times you get to use your TMD feel needless and very scripted. After the main character finds the TMD, the amount of barrels and broken staircases blocking his way suddenly skyrocketed, almost like the development team suddenly had a gimmick they needed to use. The graphics are pretty solid for a 5 year old game but like the rest of the game, bipolar, almost like it was made by two strangers who never got to see the others work. Water cascades down stairs with the shine and look of real liquid. Two seconds before, I was escaping a room that was floor to ceiling on burning from two dimensional fire that would not have looked out of place in the blocky world of Final Fantasy 7. Some levels you can break beakers and lab equipment to your heart’s content. Others they are invulnerable. Why? Who knows? And why did Singularity’s dev team think that the player would want the ability to hear the sound of every single telephone, typewriter, bell, etc, in the game? Walking up to any of these objects prompts the player to press a button to hear the sound that that object makes. Why?

Despite it’s flaws, Singularity is a strong first person shooter that was a blast to play. It has aged incredibly well, only occasionally showing it’s bald spot and nose hairs. Mutants are fun to kill, and die with the perfect amount of SHPLERSH! Great gunplay, some nice puzzles using the time manipulation device, and a solid, if tired, story.

If you have a certain game you would like for me to review, just want to say hi, or want to meet single people in your area, email me at Rodney@bmoviesandebooks.com.