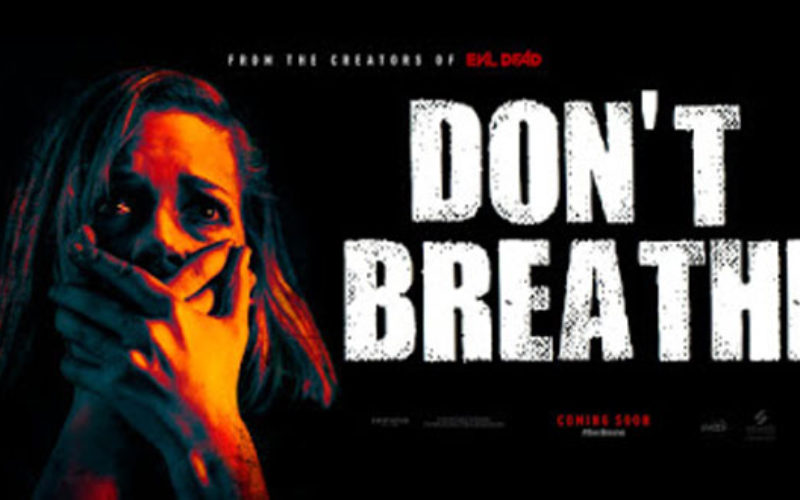 It has been a little while since I have posted a movie review, but there was no way that I could ignore the new film, Don’t Breathe, directed by Fede Alvarez (Evil Dead 2013) and starring Jane Levy, Stephen Lang, and Dylan Minnette.

In a world of trite, forgettable rehashes of old films, the Evil Dead remake stands alone. This gorefest was less of a remake and more of a love letter to the Evil Dead series, albeit without the campiness of the original series. I left the theater wanting more and salivating at the possible future offerings that might arise from this filmmaker. So when I heard about Don’t Breathe, it immediately made my most anticipated list for the year.

So did it live up to my expectations? Let’s dive into that now.

The plot is very simple: a group of young adults attempt to rob a blind Gulf War veteran in the dead of night and things do not go as planned.

The robbers, led by Jane Levy, were a surprisingly sympathetic group. Levy chews through every inch of scenery that she is in acts as a blank canvas for the audience to project onto. She seems to always deliver the right emotion and acting choice in every role that I have ever seen her in and this film is no exception. Dylan Minnette is great as well, although it is pretty clear from the beginning what his significance in this film will be.

But in the world of horror films, the villians tend to take precedence over the protagonists. The veteran (played by Stephen Lang) is an absolute force to be reckoned with. He offers a surprisingly demented and fresh take on the ideals of security and vengeance, including one scene that is destined to define the film.

The only real flaw that I can find in this tightly-directed film is that the pacing was extremely slow for the first thirty minutes, but once it began to pick up, it never relented.

All in all, without revealing any spoilers, I would wholeheartedly recommend this film to fans of thriller/horror. It was not the full-blown horror film that I was expecting, but it was memorable and very well-made thriller. I don’t know how iconic it will eventually become, but it is one of the most solid horror/thriller films I have seen this year.