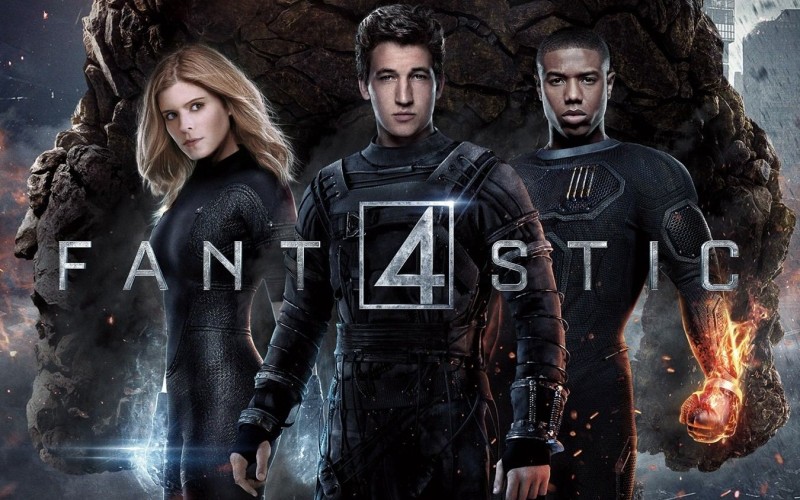 If you have seen any of the trailers then, you know the story of Fox’s Fantastic 4 movie.

And if you have a pulse…you have heard the internet get their collective panties in a wad over this film. Director Josh Trank has publicly denied it like Peter (check your Bible, kids). Rotten Tomatoes reviewers have flamed it as one of the worst comic book movies ever.

The source material is over 50 years old and was trying to cash in on America’s fascination with going into space.

The previous three films weren’t great. Corman made his for $300,000 to keep the rights. Ten years later, the only redeeming quality is Chris Evans was solid as Johnny Storm. The stories were weak and boring and the films relied on too much CGI.

To top it all off, my guitar player said it sucked too. #Retaboice

So what did I think?

Short answer: I didn’t hate it.

I went into this movie with the lowest of expectations. My high water mark this summer is Mad Max Fury Road. Fantastic 4 doesn’t even come close to the boner inducing thrill ride that Charlize took me on in May. But it wasn’t a train wreck or the movie Trainwreck.

The plot is good. I like the gov’t being involved. It makes sense. The origin of their powers is great. Doom is not half bad (I would have made him more physically disfigured). First and second acts aren’t too bad. The finale is straight up mid 60’s Jack Kirby/Stan Lee. I would have leaned more on the science like Jurassic Park. Possibly go more Cronenberg with the body horror.

Most of the characters are underdeveloped. Yes, we all know Reed Richards is a nerd but, what’s missing is his total social awkwardness. Ben Grimm has no reason to be there other than to be the Thing. Johnny is the most developed of the four but, still leaves more to be desired. Sue does not possess the motherly vibe she has been known for since day one. And she has one of the worst lines ever. “I need music”. Barf!

The story has some plot holes. I think the rest of the group forgive Reed way too fast. I also wonder if Reed ran into Bruce Banner while he was hiding in South America.

Studio guy : We love this script!
Director: Awesome!
Studio guy : But we need to make some changes to it.
Director: Like what?
Studio guy: Anytime any character is talking or trying to have emotions. Let’s make them cold and stale. That plays well in Asia.

Fox has one major problem with their superhero franchises…tone. Pick one. There are no hints of humor or any levity at all. FF could be super dark and scary by playing up the science and body mutation angle. Or it could be toned down and more family friendly. Take out the blood and pull back the dark colors and just wait for the merchandise to jump off those Wal-Mart shelves. That’s my issue.

If you have seen the B-roll footage on You-tube then, you are quite aware that there are many scenes that were cut from this film. I would be interested to see a director’s cut sometime.