Ah, the dreaded third sequel, the fourth movie in a series, should it be made? How well will it be received? Will it be a failure like Alien Resurrection and Batman & Robin? Or will it be a rousing success like Mad Max: Fury Road or 3 Ninjas: High Noon at Mega Mountain? Jurassic World won’t win any oscars, but it is a fun ride through a jungle filled with nostalgia. The plot is just a rehash of the original, a dinosaur escapes captivity and runs amok while two children related to the person running the park are running around getting into trouble. The writing is pretty stiff, but I did feel like the lines worked a little better being delivered by Burt Macklin. There are some actual, funny parts and some intense dino-action. And, let’s be honest, that’s what everyone in the theater is there to see, and in that respect this movie delivers. I am not sure, but it did feel like Jurassic World had more dino on dino action than any of the original movies. There are also a few genuinely interesting ideas. The custom dinosaur and the concept of training raptors are both ideas that I feel add to existing world that the originals set up. But there is one thing that this movie did really well. 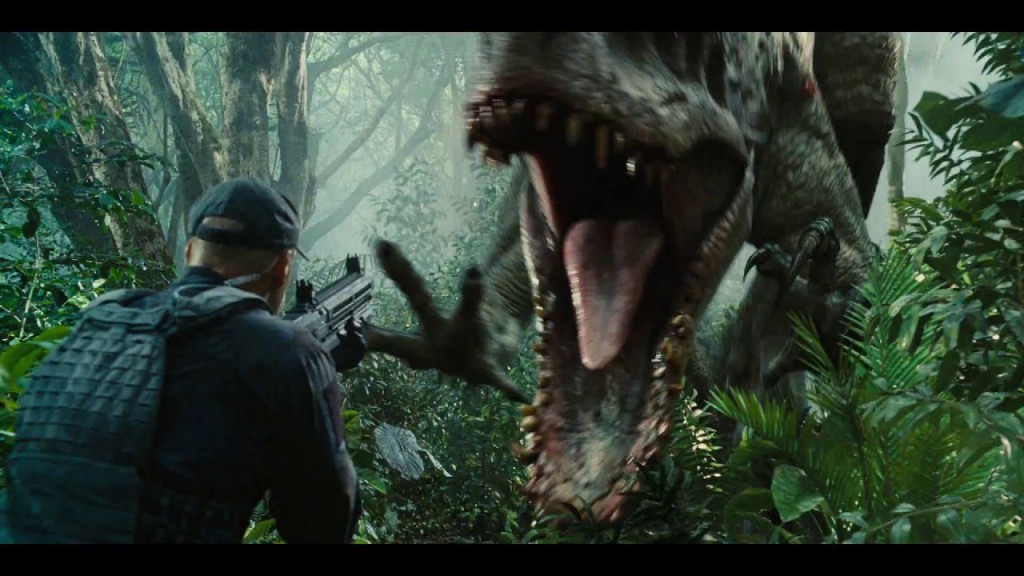 Jurassic World is really a thinly veiled assessment on the idea of the movie sequel itself. The iRex represents the drive to make sequels “scarier, bigger, … cooler”. The whole plot of the movie is commentary on the hubris of those who rehash old ideas instead of coming up with new ones. iRex is everything that the new producers do to existing franchises, they try to make them more extreme and “edgy”, without thinking it through if they should even do it or not. The movie even calls itself out, wearing its nostalgia on its sleeve, referencing how legit the original movie was. In the final showdown they even call in a ringer, the original T-Rex, who up until this point was just shown in an obstructed view in a single scene. When the movie is over and the dust is cleared from the final fight between the T-Rex and the iRex, the love-letter to the original is complete. If you had even a sliver of sentimentality for the original Jurassic Park you will leave the theater satisfied.