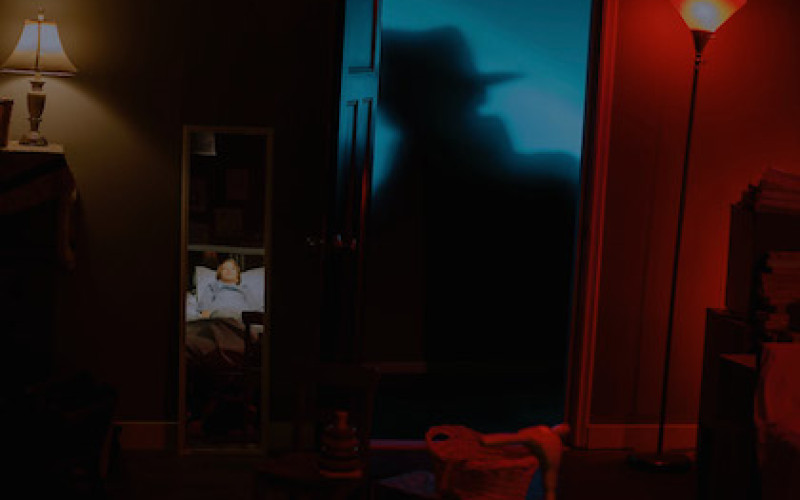 The time is 10:30 p.m. on Saturday, June 6th, 2015. My beautiful wife has fallen asleep next to me and I am not even remotely tired. After all, it’s Saturday and I’m not too far removed from a time when Saturday nights meant that we would be partying with friends and hanging out at bars until closing time. Now, I still enjoy drinking beer, but these days I find it best when accompanied by barbecue and served in the comfort of my own home: a sure sign that I am sliding further away from my twenties.

I just pay-per-viewed Rodney Ascher’s new documentary, The Nightmare, to watch before I go to bed. This film has one of the best trailers that I have seen in recent memory, which made it one of my most anticipated films of this year even though I’m not expecting much from it. His last documentary, Room 237, was preceded by an awesome trailer as well and even though it was lauded by the critics, I found it to be pretentious and meandering. If you have not seen that jumbled mess of a film, it is a collection of interviews with various talking heads that spewed speculative, unverifiable opinions about the deep, hidden meanings contained in the movie, The Shining.

In all honesty, I watched it once, ended up falling asleep somewhere toward the end and never had the urge to check it out again.

It is now 12:24 a.m. and The Nightmare ended about 20 minutes ago. I decided to write this review right now because going to sleep immediately after watching this film seems like an exercise in self-loathing. Honestly, I don’t know what I was thinking watching this alone in complete darkness, directly before bedtime. I must be a glutton for punishment.

This film focuses on eight subjects that elaborate on their experience with sleep-paralysis – which is exactly what it sounds like. In this state, they are unable to move while simultaneously asleep and in a state of consciousness. Their eerily-similar experiences of shadow people and other malevolent visitors indicate that they are somehow transcending this plane of existence and open to other realms.

Rodney Ascher expertly-directs this atypical documentary. The oral accounts are accompanied by vignettes that are both atmospheric and striking, complete with brilliant cinematography and intense music that sets the stage for an utterly horrifying and truly unforgettable cinematic experience.

I realize that this film, like most films,  will have its fair share of detractors. The overall weakness is that they rely solely on the first-hand accounts of the subjects and their interpretation of their experiences, instead of collaborating with psychologists for a possible scientific explanation. The second major weakness is that they have more jump-scares than the average horror film, however, I found this to seem fresh when framed as a documentary.

Another polarizing aspect is likely to be the appeal of “sleep-paralysis”. Unlike a documentary that is based on verifiable facts, the reliance on first-hand accounts is more than likely to be scrutinized by a faction of disbelievers that either call bullshit on their claims or think that they are just crazy. Honestly, even though I like to think of myself as a pretty open-minded guy, there were more than a few times when I felt like the subjects were deliberately enhancing their stories to emphasize their point. Still, during most of the running time, I was completely engaged by their stories and creeped out by the possibility of nighttime visitors that prey on humans while they are at their weakest state.

Even though this film might not have been as effective as the trailer implies that it would be, it was still one of the better movies that I have seen this year. It has a way of getting under your skin, digging into your nerves, and reserving space in your brain for future nightmares.