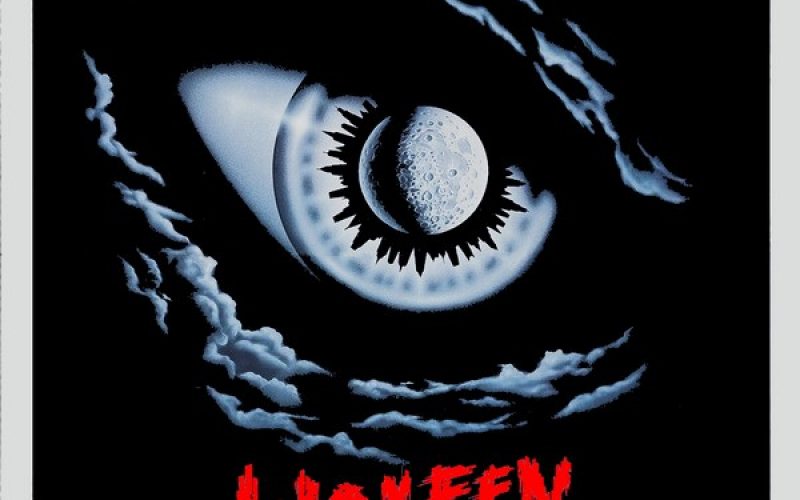 I love 70’s/80’s NYC cop movies. They’re some of my favorite. I always want a glass of scotch and a cigar when I watch one. But… I figured I’d do laundry, fold towels, pick up the living room, anything to keep me busy while this cheesy – and, I’d heard, boring – movie from 1981 whirred in my VHS player. I was mistaken. Badly.

I’m not going to run a synopsis of this movie for two reasons: 1. The title. It’s “Wolfen.” Take a wild guess as to what it’s about. 2. Look it up yourself, you lazy-ass. I will, though, tell you that the opinions of those whom I trust and respect are all fucked. They’re completely wrong about this movie. I loved this movie. Go in knowing that this is from 1981, and get all of the bullshit ideas you have about what horror movies should be about since we’ve been poisoned with so much garbage in the past (near) decade, and you will appreciate this movie.

Let’s talk about three characters first, played by three well-known actors. First up is Albert Finney. I love Albert Finney. He’s an international treasure. One of the greatest actors to grace the planet. He doesn’t let me down in this movie. Finney plays Dewey Wilson, a New York City detective on the case of several brutal murders occurring throughout the city. He is so good in this. So good, in fact, that I was blown away by his eyes. Yes. His eyes. The man did so much with the eyes. Sound ridiculous? Trust me. Watch the man’s eyes. Next is Edward James Olmos. I don’t like him. Never have, never will. I use no hyperbole when I say he is in my top five of actors I hate the most. He doesn’t let me down in this movie. I still hate him even though he played Eddie Holt, a mysterious/creepy Native American construction worker who claims he can shapeshift. Then we have Gregory Hines. Another treasure who left this world much too soon. Myself, I prefer a younger Gregory Hines to an older Gregory Hines, which is what I get in Wolfen. Cool, black, hip, smart, funny, etc. He was such a treat in this playing the medical examiner, Whittington. (Let’s not forget about lovable Tom Noonan, too.)

Several things stood out to me in this movie. Little details that added a depth so many movies just gloss over or completely leave out nowadays. At the beginning of the film, Dewey visits Whittington at the morgue. Again, Finney’s eyes do all the talking – his careful study of each body, his subtle reactions. There’s a moment where two orderlies move a corpse from one gurney to another – a very slight, but powerful, detail is shown – with rigor already setting in to cause the body to seem like it’s grabbing onto the side of the slab. It’s quite remarkable, and it’s still stuck in my head after nearly a week.

Now, before I start panning this movie (even though I loved it, it still had its faults/comedies of error), there’s one more brilliant piece to this film that makes it what it is: the beautiful score by James Horner. Horner has done masterful work on so many other projects, and he applies the same principals to scoring great movies to this one.

So let’s poke fun at Wolfen a bit, shall we? After the discovery of another body in the rubble of a recently demolished church, Dewey and Rebecca Neff (Diane Venora) are walking through the remaining structure. They hear a noise coming from the upstairs portion of the building, so Rebecca starts heading up the rickety staircase. The moment Dewey realizes there’s something lurking upstairs, he rushes up to grab her, and literally yanks her off balance and they go tumbling down. It was so ridiculous and over-the-top I laughed out loud.

Another moment of ridiculousness comes when Eddie Holt and Dewey are walking on the beach. Eddie takes the opportunity to prove to Dewey that he can turn into an animal. The tension builds through music and Finney’s eyes… and then Olmos strips to nothing but his early-80’s bush and schlong. He “transforms” into a wolf and starts snarling and running around the beach. He dashes through the water in a moment that took me back to the beginning of West Side Story where the Sharks and Jets meet at the beginning and start dance-fighting… but with full-frontal male nudity. Then, Eddie runs up to Dewey, who is now standing under a pier, jumps up on a pillar, and squats right in front of the detective. Giant bush. Dangly wiener. Wide-open butthole. Inches from Finney’s face. You don’t, of course, see the butthole, but you know that was a dangerous move by the director, knowing at any moment anything could escape that crevice.

The other thing that made me role with laughter happened after Dewey and Rebecca escape the pack wolves (and blow a car up with a single pistol shot) and retreat to his apartment (covered in floor-to-ceiling mirrored slat blinds, mind you). Her face is covered in blood, so Dewey takes a single cotton ball, makes a couple wipes, and voila! She’s all cleaned up. None of those things ruined the movie for me, though. Like I said, go in knowing this is from 1981 and it’ll all make sense.

It seems to me that Wolfen is a sort-of-social-commentary on the anger Native Americans feel towards “the white man.” I could be way off base, but that’s the feeling I got. When Dewey goes into a Native American bar to meet with Eddie, the conversation ends with Eddie pulling the string to a single light bulb, shutting it off. To me, he was literally saying, “Lights out motherfucker. We don’t give a shit what’s happening to you.” It was… an interesting take.

All that said, I totally recommend this movie. It’s not so much a werewolf movie as it is a ghost-wolf movie.