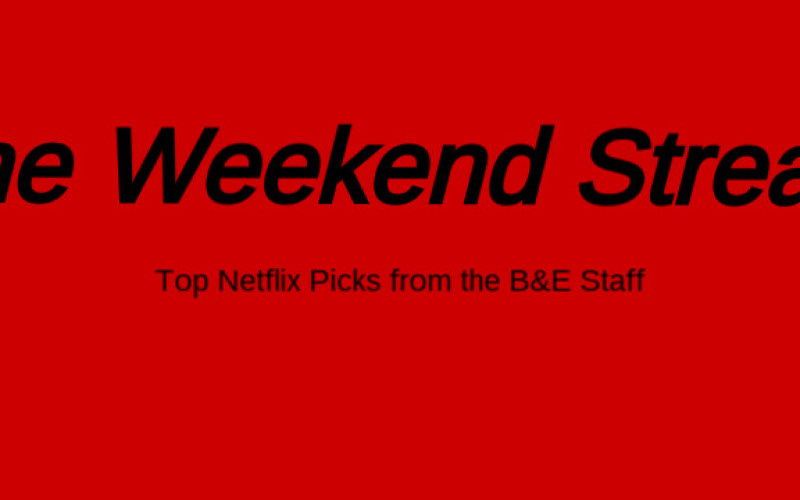 Welcome to another edition of The Weekend Stream, our recurring segment that helps you choose what to watch on Netflix this weekend. So without further ado, we present our top picks for the weekend of 7/10/2015:

Get started on watching those titles and let us know if we are missing out on listing your favorite film on Netflix by tweeting us @BandEPod and make sure to check out our fine podcasts by checking the podcast section of this site.