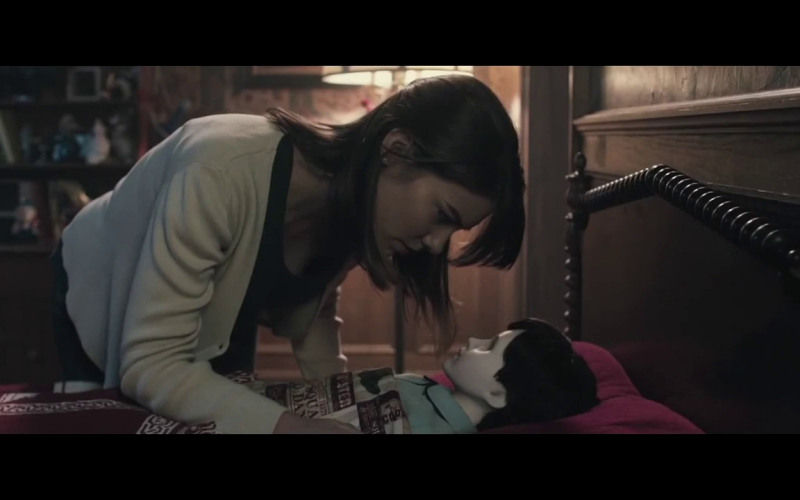 I keep hearing that 2015 has been a better than average year for horror but I remain unconvinced. There have been a few films worth remembering, namely It Follows, Unfriended, Creep, and We Are Still Here, but the average horror release this year has been pretty bland and forgettable – I’m talking about you, The Vatican Tapes. And just when I was giving up hope on promising horror films for 2016, I see the trailer for The Boy.

Killer doll films are either hit or miss for me. They are best when they teeter-totter between totally cheesy and genuinely chill-inducing. Take Dead Silence for instance. This film was the perfect blend of goofy and scary and it remains on my perennial favorites list, as does the classic Twilight Zone episode, “Living Doll”. Talky Tina is the stuff of nightmares but this episode remains a favorite because it is a perfectly executed balance of terror and cheese.

The Boy might be PG-13 but it looks unsettling as hell and completely cheesy. The trailer suggests that the film borrows familiar elements from other killer doll films, plus it incorporates a set of arbitrary rules along the lines of Gremlins, and finally the fish out of water babysitter cliche. Add that all together and you get one trope-heavy, creepy-looking, pint-sized terror film. Check the trailer out below and let me know what you think in the comments or tweet us @bandepod.