It’s that time of year again, people practicing the meticulous art of bracketing with hopes that their favorite sportsball team will take the highest prize. Here at B&E we are taking this opportunity to hold our own tournament, one of slashers, and oddities, of those beginning their paths of evil and those fully consumed by it; of vampires and the supernatural.

And so begins our first annual March Madmen. Cast your votes everyday, starting Sunday March 20th on Twitter (@BandEPod), in our head to head contests. The winner of the most votes moves on to the next round.

The #MarchMadmen #Championship match! It's down to Freddy vs Michael Myers. Who shall win?! https://t.co/XlKuh9aPoH 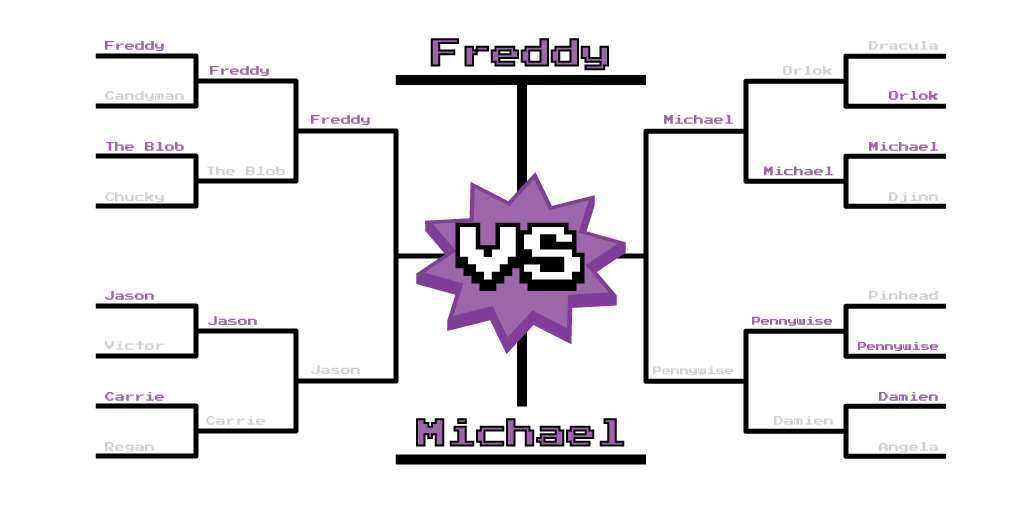 B-Movies and E-Books – Episode 165: Earth vs. The Nutcracker